Almost 2 billion tons of various types of waste are generated every year in the world, but this is just the visible waste that most of the population is aware of. However, there is a large amount of so-called invisible waste released in the process of manufacturing electric and electronic equipment, which the end user is not aware of and does not perceive. The representatives of RESPO DEEE Association send a warning about this source of pollution and recommend the population to be more sparing when purchasing new electric and electronic products.

240 of fuel, 22 kg of chemicals, 1500 litres of water are used in the manufacturing of a laptop. 16,000 litres of water, 1.6 kilograms of fuel and 0.7 kg of chemicals are needed just for making a microchip. Thus, the production of electronics pollutes nature more than the food industry (1 kg of beef generates 4 kg of waste) or the textile industry (a pair of cotton trousers generates 25 kg waste)”, states Cristian Pocol, President of RESPO DEEE Association (www.respo.ro).

The microchip production pollutes the environment

“A smartphone contains up to 70 types of metals, out of which no less than 17 are rare metals (gold, silver, palladium, scandium, yttrium, lanthanum, etc.). These rare elements have conductor, magnetic and phosphorescent properties that make them crucial in the process of manufacturing modern gadgets. Without these, screens could not display colours, there would be no touch screen and no vibrate feature.

Silicone is the most important component in producing microchips. It is extracted from quartz, and it is usually found in sand. The extraction process, however, implies intensive mining activities. No less than 634 billion microchips were produced in 2019 alone, and the impact on the environment is overwhelming.

Another aspect of invisible waste is that most electronics are manufactured in Asia, and they are transported to manufacturers in the United States or in Europe by plane or ship, which generates additional greenhouse gas emissions, also attributed to the pre-production process. The energy consumed in the production process is not green energy either; in most cases, it is generated by burning coal, which is another considerable source of pollution”, Cristian Pocol, President of RESPO DEEE Association adds.

How can pollution be reduced?

In order to get to the ideal situation where the production of waste from electric and electronic equipment (DEEE/EEEW) generates a smaller amount of greenhouse gas, Respo DEEE Association believes that efforts should focus on two direction – both manufacturers and consumers must become much more responsible.

The recommendations of RESPO DEEE Association come within the context of the European Union’s decision to implement the Green Deal, which is a series of stringent normative documents and rules that will turn the EU into a modern, competitive, resource-efficient economy. The intent is to have zero net greenhouse gas emissions in Europe by 2050.

“There is a legal framework that clearly defines the manufacturers’ liability, but these norms are often merely theoretical. As early as at the product design phase, manufacturers must adapt some solutions to reduce the environmental impact. The focus must be on ecodesign and on the efficient, significant indicators of the environment pressure associated to the manufacturing process.

For a sustainable future, it is necessary to have electric and electronic equipment which have a longer life, are easier to repair and recycle, and are non-toxic when their usage cycle ends”, Cristian Pocol, President of RESPO DEEE Association (www.respo.ro) declares.

“In 2021, the European Union introduced new rules regarding the right to repairs, in order to combat waste. Manufacturers must ensure spare parts for at least 10 years after ushering in a new model in the EU, and they must provide information to the public about the reusable, recyclable nature of the products. In the case of mobile phones, until now protected by manufacturing secrets, things have started to change. Big manufacturers are now obliged to have authorised workshops that ensure much easier repairs for these devices”, Cristian Pocol, President of RESPO DEEE Association adds.

The second great effort has to do with communicating to the end users that these gadgets have a significant negative impact on the environment even from the pre-production phase.

“We live in an era of consumerism, where trends reduce the life span of an electronic product down to one third. We forgot that phones, laptops or tablets can be used for more than 2 years, or they can even be repaired. These represent a mark of social status nowadays, especially among young people. It is a completely wrong mentality. You don’t need to replace your phone just because a new model is launched; you replace it when it is simply no longer working. We must show responsible consumerism, and never forget that a smartphone produces 86 kg of invisible waste in its manufacturing process”, Cristian Pocol, president of the RESPO DEEE Association (www.respo.ro) declares. 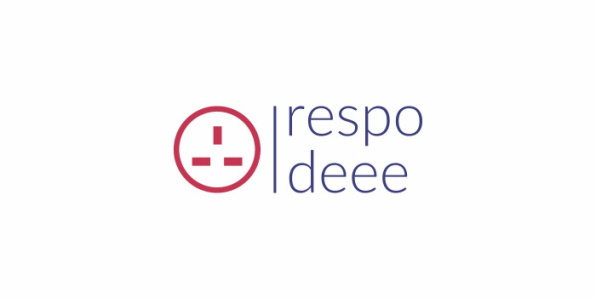 The Rabla program for household appliances is the initiative of the Ministry of Environment and the Environment Fund Administration, by means of which the state grants grants vouchers in…

RESPO WEEE Association is actively involved in building a sustainable fu-ture in Romania, currently having 200 contracts with manufacturers and importers of …

Starting in august, new responsibility transfer organization in the field of waste electrical and electronic management, respo weee, has been licensed on… 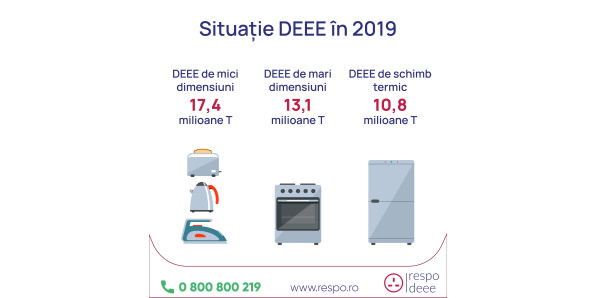 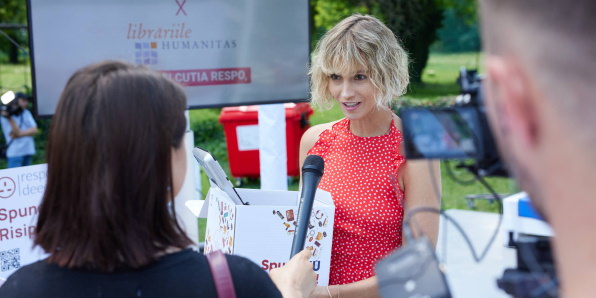 Well-known celebrities from show business and online influencers brought electrical and electronic equipment waste from their homes, for recycling purposes. Their… 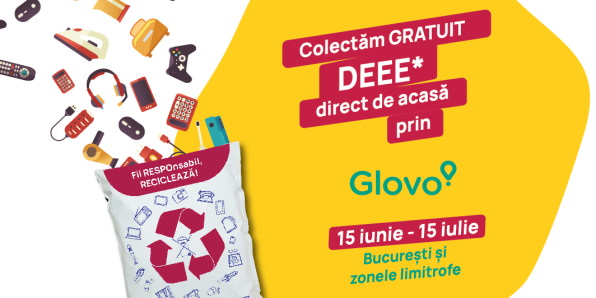